In barely a year, Antonio Montañez (Guadi of the Axarquia) builds, in record time, without having a concrete project, a modernist-style house in which no two windows are alike and which is topped off by a tower full of colours in the purest Gaudí style. The house of approx. 300 sqm has 4 floors and a basement.

A tour of this unique building is a journey into the agricultural, popular and festive past of the Axarquía of Málaga, with the contemplation of agricultural implements of all kinds, such as the hoe that serves as a weather vane.
On the roof there are twenty-four waters and small pyramids with mosaics in which different vines appear with their grapes. On the banisters are sculptures of chameleons, while the doors are carved with reliefs showing the flowers and fruits of the region.
The ironwork on the banister leading to the winery is specially designed to hold one bottle each of the wines produced and labelled in the Axarquía.
In the rest of the house, the forging of the railings is designed to hold small boxes of sultanas, some of which are more than a hundred years old.

In the basement there is a wine cellar with a bar with tables and chairs and various decorations such as the Axarco coin or the bandits' blunderbusses. 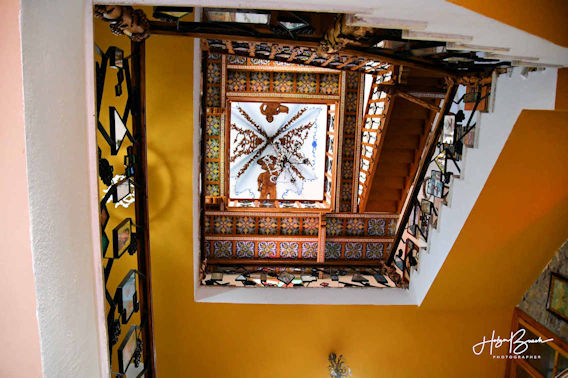 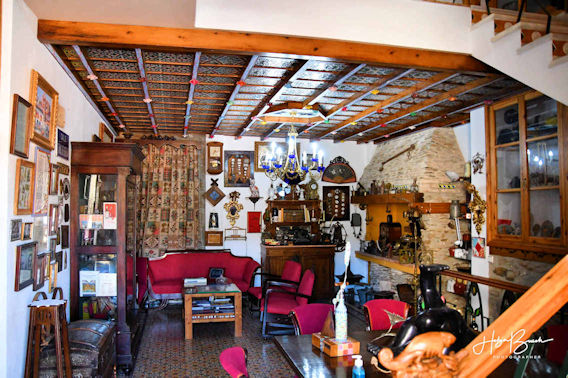